Periodontal diseases have, for a half of a century, been known to be initiated by the accumulation of bacterial plaque (R). It has however been increasingly apparent in recent years that other intrinsic and extrinsic risk factors influence the progression of periodontitis. Of these the most important are Diabetes and Smoking.

Since both of these factors are common in the UAE this is of particular importance to UAE dentists. It is the purpose of this paper to review the current association between these risk factors and periodontitis, and to discuss the likely bi-directional relationship between management of periodontitis and diabetes control.

Periodontitis and Diabetes
Diabetes mellitus occurs when the level of sugar (glucose) in the blood becomes higher than normal. There are two main types of diabetes. In type 1 diabetes the body stops making insulin and the blood sugar (glucose) level becomes very high. Type 2 diabetes, also called adult-onset diabetes and noninsulin-dependent diabetes, is a chronic condition caused by high levels of glucose (sugar) in the blood. Although some people can overcome the symptoms by losing weight and following a healthy diet and exercise plan, most people with type 2 diabetes will have it for life.

Both diabetes and periodontitis are chronic diseases. Diabetes has many adverse effects on the periodontium, and conversely periodontitis may have deleterious effects further aggravating the condition in diabetics. The potential common patho-physiologic pathways include those associated with inflammation, altered host responses, altered tissue homeostasis, and insulin resistance. A recent study also showed that scaling, polishing and root planning of the pre-diabetic can lower blood sugar levels potentially offering a practical means of reducing the numbers who develop full type 2 diabetes.

Diabetes has many adverse effects on the periodontium, including decreased collagen turnover, impaired neutrophil function, and increased periodontal destruction. Neutrophil chemotaxis and phagocytic activities are compromised in diabetic patients, which can lead to reduced bacterial killing and enhanced periodontal destruction. Inflammation is exaggerated in the presence of diabetes, insulin resistance, and hyperglycemia.

Neelima et al (R) examined 1500 diabetic patients; the prevalence of periodontal disease in these patients was 86.8%, significantly higher than the general population. By the early 1990s periodontitis was referred to as the ‘sixth complication of diabetes’, and in 2003 the ADA formally acknowledged that periodontal disease is more often found in diabetics. Epstein demonstrated that essentially all the aspects of bone growth and mineralization are diminished in the absence of insulin i.e. hyperglycemia. Vascular changes also increase with increase in blood glucose levels (Oliver and Tervonen). 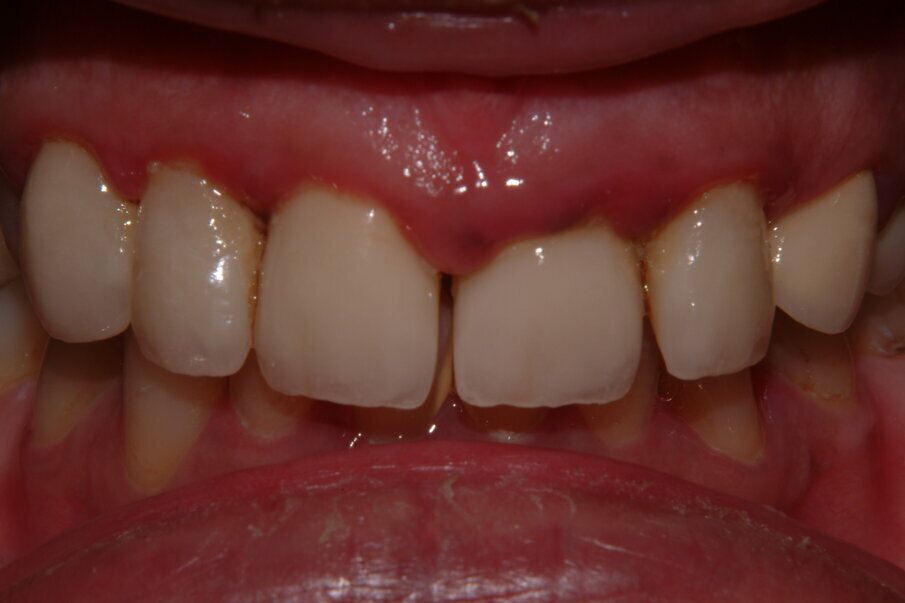 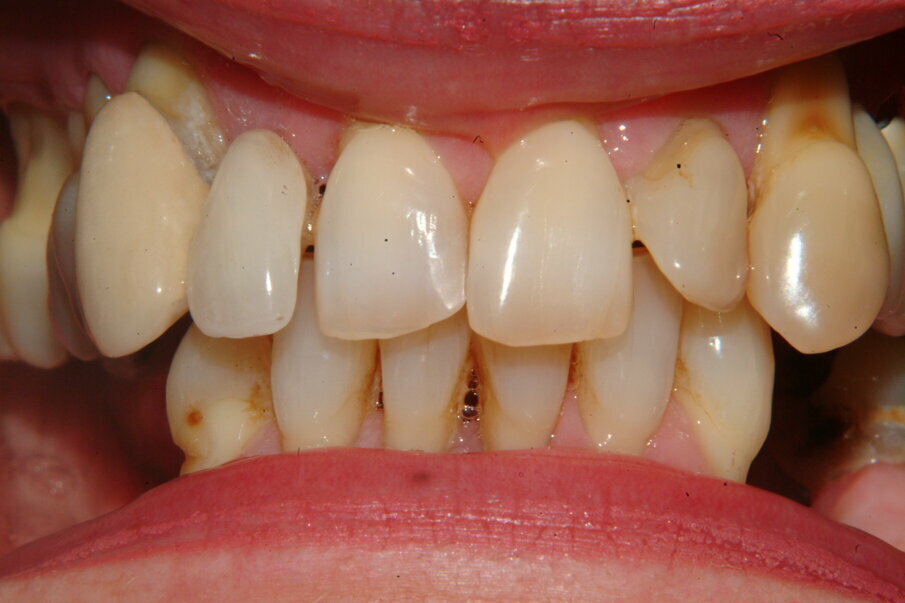 Smoking has been associated with a two- to eight-fold increased risk for periodontal attachment and/or bone loss, depending on the definition of disease severity and smoking dose.

One of the largest epidemiological studies reporting an association between smoking and periodontitis included 12,329 U.S. adults 20 years and older. In this study, current smokers were four times as likely to have periodontitis compared to nonsmokers after adjusting for age, race ethnicity, income, and educational level. Heavy smokers (≥ 31 cigarettes per day) using a stricter definition of periodontitis (mean whole mouth attachment loss of ≥ 4mm), the adjusted odds ratio was increased to 25.64 among smokers aged 50 years or more. Longitudinal studies have demonstrated that young individuals smoking more than 15 cigarettes per day showed the highest risk for tooth loss.

Smoking exerts a major effect on the protective elements of the immune response, resulting in an increase in the extent and severity of periodontal destruction. Neutrophils obtained from peripheral blood or saliva of smokers, have been shown to demonstrate functional alterations in chemotaxis, phagocytosis, and the oxidative burst. Smoking has been shown to impair the chemotaxis and phagocytosis of neutrophils obtained from the oral cavity, and in vitro studies of the effects of tobacco products on neutrophils have shown detrimental effects on cell movement and the oxidative burst.

Discussion
Both diabetes and smoking are increasing in the UAE particularly in younger individuals. Since scaling, polishing and root planning have been shown to lower blood sugar levels, and since smoking cessation improves the periodontal condition in many of these patients, it is the responsibility of all dental professionals to provide comprehensive periodontal care for all diabetics and pre-diabetics, and to provide accurate smoking cessation advice with appropriate referrals as indicated. The situation can be compounded when a diabetic also has a smoking habit.

The relationships between Periodontitis, Diabetes and Smoking are major areas of research interest at Dubai School of Dental Medicine.

Editorial note:
References are available from the authors.

The use of lasers to treat periodontal and peri-implant diseases: an overview of the mechanism, efficacy, and advantages of YSGG laser

The Gut Stops Here: Caring for Patients with Gastroparesis

Interview / Industry / Interview: "We want to bring the rest of the dental industry with us on this journey to a more sustainable future" / Support for patients with disability in dental clinics / News / NIWOP – Part 1: The pre-treatment / Tenet: Time inversion applied to dentistry / News /