Interview: “Our service meets all of the needs that arise in the dental clinic and laboratory”today at IDS 2021 Show Review (German)G-CAM: The ideal material for prosthesesEMS – IDS 2021 highlightsIDS 2021 attracted 23,000 visitors from 114 countriesImpressions from IDS 2021Osstem presents “Super OsseoIntegration” at IDS 2021today at IDS Cologne Sept. 25, 2021ACTEON at IDS 2021Three products you can discover at the VOCO booth
Visit microsite

The gold standard: IPS e.max Press – one material for virtually all indications?!

The book titled “Porcelain Laminate Veneers” by David A. Garber, Ronald E. Goldstein and Ronald A. Feinmann has had a great influence on the prosthetic and restorative methods developed by the authors. Based on the resounding success of the adhesive technique, a minimally invasive approach evolved for the reconstruction of teeth.

In 1990 “Westerburger Kontakte”, a private postgraduate dental training institute, offered the first course on ceramic crowns, inlays and veneers. Today, as was the case almost 30 years ago, it is still considered quite an amazing feat that ceramics can be used in the same way as gold alloys. A study conducted by A. Krummel, A. Garling, M. Sasse and M. Kern at the Christian-Albrechts-Universitaet Kiel (University of Kiel) showed that occlusal veneers in the posterior region with a minimum thickness of 0.3 to 0.6 mm offer a very promising treatment solution. In our dental practice, we restore posterior teeth with occlusal veneers or partial crowns. These restorations measuring 0.5 to 7.0 mm in thickness are made of monolithic IPS  Empress or LS2 and they are cemented with the adhesive technique. In anterior teeth, we use adhesively bonded monolithic 360° veneers, partial crowns or laminate veneers measuring 0.3 to 0.5 mm in thickness. In contrast to gold, which deforms quite easily and metal-ceramic solutions, which can fracture, most all-ceramic materials are virtually indestructible. Therefore, these materials fulfil exceptionally high standards in terms of the static and the dynamic occlusion.

As a result of parafunctional habits and biocorrosion the front teeth of our 23-year-old patient showed considerable attrition. The palatal enamel in the upper jaw had been completely worn away (Figs 1 and 2). Hardly any of the occlusal enamel remained on the posterior teeth.

The upper jaw model was articulated according to skull-related orientation principles. The joint-related orientation was used for the lower jaw. The lower jaw movements were recorded in order to program the articulator. A diagnostic wax-up was produced on the duplicate models (Fig. 3). The aim was to raise the vertical height to the level required for the reconstruction of the front teeth (“logical” tooth shape). The length of the anterior teeth was established with a mock-up, which was used to test the phonetic, functional and esthetic parameters. As far as the lateral movements were concerned, our objective was to achieve immediate disclusion of the posterior teeth. Any interfering cusps were relocated. As a guide for the appropriate functional preparation, the dental technician marked the original location of the working cusps (red lines) and the non-supporting cusps (green lines) on the buccal surface of the teeth. Markings were made on the gingiva of the model to indicate the new position of the cusps and spaces. A mould of the duplicate wax-ups was made using a thermoforming process. A temporary composite resin was filled in the moulds, which were placed on the teeth. Once the material had set, the moulds were removed. Together with the patient we were then able to evaluate the planned changes in terms of phonetics, function and esthetics (Fig. 4) before the teeth were actually prepared.

The posterior teeth in the upper and lower jaw were prepared, and the models (Fig. 5) were mounted in the articulator on the basis of the obtained facebow and centric relation data. The support pin was adjusted in accordance with the planned vertical dimension. The lower posterior teeth were waxed up with the help of an occlusal plane plate. Next, the wax crowns were invested and reproduced with ceramic. The crowns were placed using an adhesive cementation technique (self-etch technique, Adhese Universal, Variolink and Monobond Etch & Prime).

We placed an indirect temporary restoration made of composite resin in the upper posterior jaw. The unprepared anterior teeth were provisionally treated with an adhesively bonded composite resin mock-up (Fig. 6). The upper dental arch was slightly expanded towards the buccal aspect and the anterior teeth were lengthened. The restorations featured the vertical dimension and cusp positions that were determined by means of the mock-up. Small adjustments were made in the upper temporary restoration by means of splint therapy.

Preparation and fabrication of the temporary restorations

The upper and lower anterior teeth were prepared on the basis of minimally invasive principles (Figs 7 and 8).

Step 1: A “dual-grit” diamond was used to mark the depth to which the incisal edge needed to be removed through the adhesively bonded mock-up (generally 1.0 to 1.5 mm).

Step 2: A special grinder was used to apply 0.5 mm horizontal depth markings on the facial surface of the teeth through the mock-up. The grooves were marked with an insoluble fine liner.

Step 3: The incisal edges were removed. For this purpose, the “ dual-grit” diamond was inclined towards the palatal aspect at an angle of about 30°

Step 5: The mock-up was removed and the labial enamel was cut away until the markings were no longer visible. The cervical areas of the teeth were prepared along the gingival margin. The palatal preparation depth was between 0.3 and 0.5 mm. In the areas where the enamel loss on the palatal surface extended beyond the tubercle, we prepared the teeth for a 360° veneer. This was done to prevent palatal fractures from occurring.

Step 6: Before we finely contoured the margins, we placed a #000 retraction cord. The teeth were prepared with a red contra-angle handpiece at reduced speed (40,000 rpm) up to the level of the retracted gingiva. This preparation step can be done with air cooling.

A silicone matrix, which was produced on the basis of the diagnostic wax-up, was filled with hydrocolloid. Alternatively, the thermoforming method could have been used to make a mould of the wax-up, which would have been filled with silicone impression material. This enabled us to check whether or not we had removed enough of the tooth structure (Fig. 9). If the hydrocolloid is less than 0.3 mm thick, the tooth structure that needs to be further reduced is marked with a wax pencil.

After this impression step, a model was produced with a fast-setting stone (Whip Mix Snap-Stone) in order to check the prepared surfaces. The silicone matrix (diagnostic wax-up) was given to a specialized dental assistant who fabricated the indirect provisional restorations.

The lower front teeth were prepared and checked in the same way as the upper front teeth. The preparation depth was not to exceed 0.3 mm. Before the impressions were taken, a #0 cord (soaked with ViscoStat Clear, Ultradent) was placed over the #000 cord. It was removed shortly before the impression material was inserted. The #000 cord keeps the sulcus open and dry during the impression taking process. We took an overall impression and two partial impressions for the reconstruction of the individual teeth. The articulator was programmed with all the necessary movement data of the lower jaw.

Wax-up for the examination of the phonetics, function and esthetics

The dental technician produced a wax-up of the front teeth using an esthetic wax. This allowed the dental technician, the dentist and the patient to jointly examine the phonetic, functional and esthetic properties of the restoration (Fig. 10). The adjustments were made with the consent of the patient. Subsequently, the wax-up was invested and then the restoration was pressed.

The final appearance of very thin veneers and crowns is considerably dependent on the colour of the remaining tooth structure. Therefore, the colour of every single prepared tooth was determined. Furthermore, the dental technician produced individual dies with the corresponding shade in the dental lab (IPS Natural Die Material).

The lab-fabricated crowns were characterized before they were tried in. This allowed the phonetic, functional and esthetic properties of the teeth to be checked and documented by means of photographs taken with a smartphone. After the necessary adjustments had been made, the restorations were glaze fired. The completed restorations (360° veneers/partial crowns) measured between 0.3 and 0.5 mm in thickness (Fig. 11).

If possible, a rubber dam should be used to establish a dry working field for the adhesive cementation technique. Alternatively, a #00 retraction cord should be placed in the sulcus before the cementation procedure in order to make the preparation margin easily accessible (Fig. 12). In the present case, the neighbouring teeth were isolated with Teflon tape. We usually place the crowns in pairs. In this case, after etching with 37 % phosphoric acid, the entire preparation was shown to be located in the enamel tooth structure. Dentin was visible in individual areas, where it had been exposed due to the parafunctional habits of the patient.

The upper and lower front teeth as well as the lower posterior teeth were permanently restored. A few minor adjustments still needed to be made on the occlusal surfaces of the temporary upper restoration.

We removed the indirect restorations in the upper posterior region and took impressions of both jaws. A centric jaw relation record was made using thermoplastic sticks (GC Bite Compound, GC). The upper jaw model was positioned in the articulator on the basis of an arbitrary facebow record. With the help of the two thermoplastic bite records, the lower jaw model was mounted in the articulator in a joint-related orientation.

We fabricated the upper partial crowns with ReFu wax ( Reference Function wax, Keydent). Initially, this wax was very hard. As a result, we were able to check the contact points after the placement of the crowns with the help of Shimstock contact foil. In the oral environment, the wax became softer. We asked our patient to make certain forceful movements, some of which simulated parafunctions (Fig. 13). If a cusp interfered, this was shown on the chewing surface and the necessary adjustments could be made. Subsequently, the waxed-up models were invested and the monolithic partial crowns were fabricated using lithium disilicate (IPS e. max Press) in the press technique. The restorations were characterized and glazed (Fig. 14). No adjustments were necessary after the restorations had been adhesively bonded. The thickness of the posterior partial crowns measured about 0.5 mm on average.

A rubber dam was placed and the neighbouring teeth were protected with Teflon tape. Then the posterior partial crowns were seated in pairs on the prepared upper teeth using the adhesive cementation technique (Fig. 15). After the restorations had been cemented in the patient’s mouth, we checked the dynamic occlusion with the help of Occlusal Indicator Wax (Kerr) (Fig. 16). The wax did not show any premature occlusal contacts.

The patient was given a Brux Checker foil and instructed to use it for two nights (Fig. 17). This allowed us to make sure and record that the restorations were free from any interference during sleep and bruxing. In most cases, no subsequent grinding adjustments are necessary.

Minimally invasive restorations measuring 0.3 to 0.6 mm in thickness placed with the adhesive technique have shown to be a reliable treatment option in our practice. We have been working with the described method since 1993. Particularly in young patients showing a substantial loss of enamel, we know of no other comparable long-lasting and minimally invasive treatment approach.

Note: Ivoclar Vivadent does not recommend that IPS e.max Press and IPS e.max CAD are used in patients with bruxism. Nevertheless, our experience has shown that if all the functional and parafunctional aspects are properly considered, no complications are to be expected in bruxers. 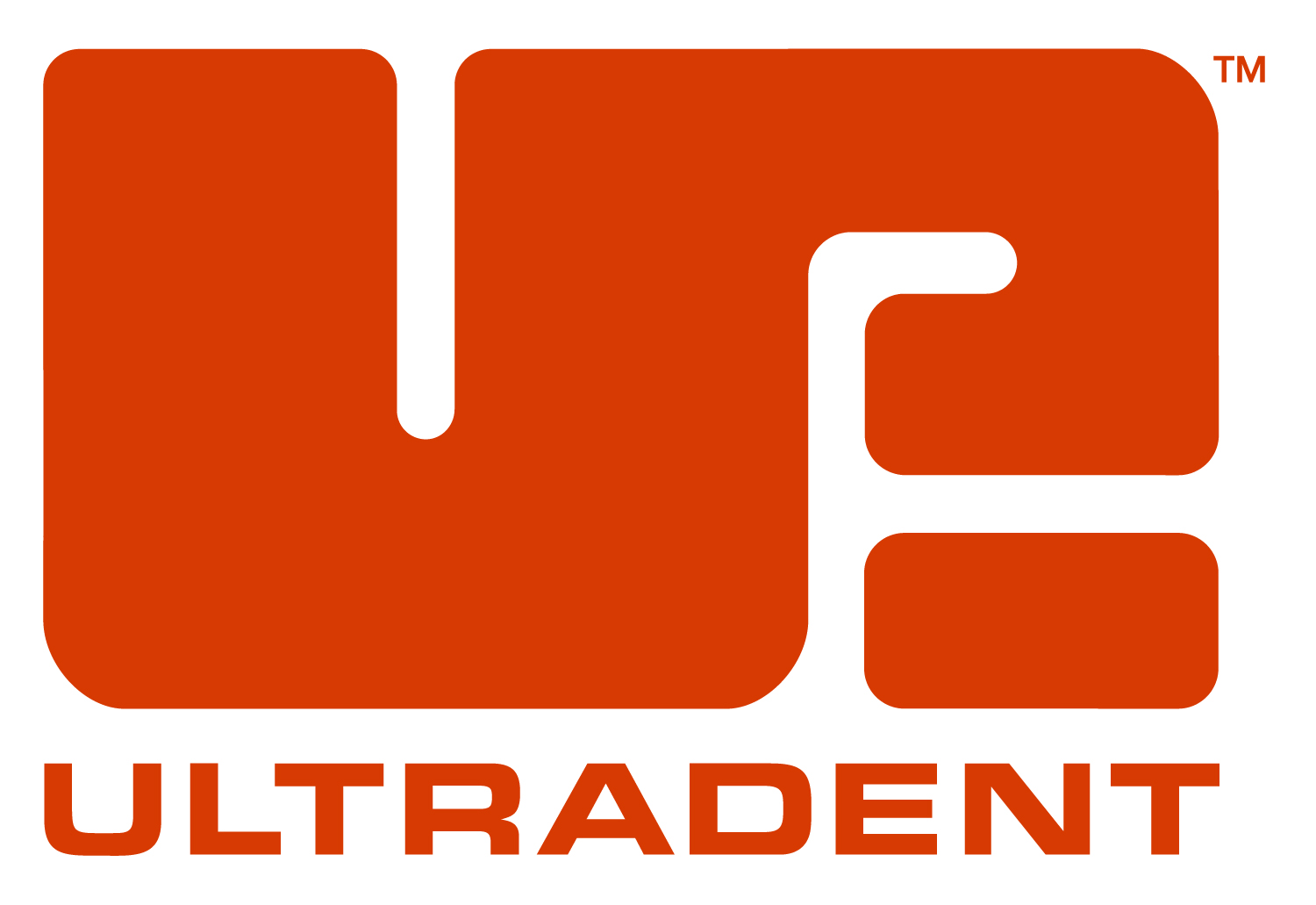 Material-viscosity as key factor for controlled procedures and effective results.

Best of both worlds: Opalescence PF whitening for aligners

Having a mouth full of misaligned, yellowed teeth can be an intense, even traumatizing experience. Folks may spend years ashamed of their smiles before they get to experience the metamorphic powers of a smile transformation. New Opalescence PF whitening for aligners is made for people who want to not only straighten their teeth but to whiten them at the same time.